A study led by Seattle’s Institute for Systems Biology suggests that the composition of the bacteria in the gut may influence an individual’s ability to lose weight.

The results are “rather preliminary” according to the report, published today in the journal mSystems. But the findings, examining gut bacteria in people prior to starting a wellness program, could lead to new ways to predict weight loss.

“If I knew what your microbiome looked like, I could tell you whether you would be likely to respond moderate lifestyle intervention,” Sean Gibbons, an assistant professor at ISB who led the study, told GeekWire in an interview. The findings could potentially also lead to ways to enhance weight loss by manipulating the gut microbiome, the collection of bacteria in the intestine.

The study examined the gut microbiomes of people who had taken part in a wellness program as part of the health company Arivale, an ISB spinout that folded in 2019. Participants had sent the company a stool sample as part of a whole-body workup that included blood metabolite and other measures.

The researchers examined the microbiomes of 25 of the participants in deep molecular detail, tallying the types of bacterial genes present in the sample through DNA sequencing. Fifteen of these individuals had lost weight on Arivale’s wellness program, and the rest maintained a stable weight.

The researchers found that people who lost weight had a different gut composition to start with. Their microbiomes were enriched in bacterial genes that divert dietary nutrients towards the microbes and prompt their growth. The bacteria also had faster growth rates, including a bacterial group called Prevotella.

The microbiomes of people who did not lose weight were enriched for bacterial genes that convert fibers into absorbable sugars. Their bacteria also had slower growth rates.

The findings suggest that people who lost weight had a microbiome packed with fast-growing, energy-using bacteria, primed to help them lose weight even before they started their wellness program. Their gut bacteria may be more likely to outcompete the body for energy-rich nutrients, reducing the calorie input to the body.

If the findings hold up in larger studies, they could lead to new ways to predict weight loss by measuring the microbiome.

The findings also fit with previous studies suggesting that Prevotella bacteria are associated with weight loss. And they are part of an emerging scientific picture that the gut microbiome has a major role in health and influences weight.

As new studies emerge, scientists may develop targeted ways to shift the gut composition to a weight-loss ready state, using specific probiotics or other means.

“There may be a way to engineer the microbiome towards a responder state for weight loss,” said Gibbons. “But that’s more in the future.”

He notes that his study stands out because it showed that the microbiome composition associated with weight loss is present independent of starting BMI, body mass index, a measure of obesity and overweight. People who have higher BMIs tend to lose weight faster at first, and their microbiomes can have distinct compositions, which can affect conclusions of microbiome studies.

The new data also showed that gut composition was more strongly related to weight loss than other body measurements, including baseline diet and blood metabolites.

One of the contributing authors, Nathan Price, is now CEO of Onegevity, one of several lifestyle companies that analyze the microbiome, in addition to being an ISB professor.

When asked if Onegevity will use the data for any of its products, Gibbons said, “I can’t say for sure, I know that they are interested in such things. And so something like that could arise.”

Other institutions involved in the study were the Lifestyle Medicine Institute in Redlands, Calif., the University of Washington’s Department of Bioengineering, and eScience Institute, which is focused on data science.

Bellevue, Wash.-based microbiome and RNA analysis company Viome, now called Viome Life Sciences, has split into two divisions: one focused on its consumer products and another on developing new diagnostics and therapeutics for cancer and other conditions, the company announced today.

The startup, which has backing from Salesforce CEO Marc Benioff and others, is one of dozens of companies that analyze the microbiome, the collection of microbes in the gut and other parts of the body.

Viome sells consumer products that provide individualized recommendations for diet, along with pre-packaged supplements and probiotics tailored to each person. The recommendations are based on microbiome composition, and also on the signature of genes that are active in blood. The company will continue to market such products under its new division, Viome Consumer Services.

The other division, Viome Health Sciences, will focus on discovering biomarkers that predict the risk of developing chronic conditions and cancer, and developing diagnostics for early detection. Ultimately the company aims to develop therapeutics, for instance agents such as probiotics that could modulate the microbiome to improve responsiveness to drugs.

“We wanted a team to focus on predictive biomarkers, diagnostic tests and therapeutics because they are different modalities, and I wanted a team that is focused just on that rather than the consumer,” Viome CEO Naveen Jain said in an interview with GeekWire. “The consumer group’s job is to make people feel better today.”

Best known as the founder and former CEO of InfoSpace, Jain also co-founded public records firm Intelius as well as Moon Express, which aims to take paying customers to the moon. Viome, founded in 2016, is his seventh venture. The company now has more than 200,000 customers and expects to hit $100 million in revenue next year.

Microbiome companies have emerged as an increasing number of scientific studies suggest a connection between the composition of the gut microbiome and conditions such as inflammatory bowel disease (IBD) and obesity — though cause and effect are difficult to determine in such studies, notes David Suskind, a gastroenterologist at Seattle Children’s Hospital and professor of pediatrics at the University of Washington.

Viome analyzes the microbiome via sequencing of RNA, nucleic acids present in living organisms. The approach picks up not only bacteria, but other components of the gut such as yeast and viruses, all funneled into its algorithms for personalized pills and diet recommendations.

“We make those capsules, on demand, robotically for each individual,” Jain said. “Every probiotic, prebiotic, vitamins, minerals, herbs food extracts, digestive enzymes — everything made to order, just for you every month.”

The company’s technology goes beyond microbiome analysis and can assess RNA in other parts of the body, including blood and saliva. Data from such samples, combined with machine learning and artificial intelligence methods, can yield information that correlates RNA status with disease.

That approach led to a saliva test to screen for head and neck cancers, which recently received breakthrough device designation from the U.S. Food and Drug Administration. 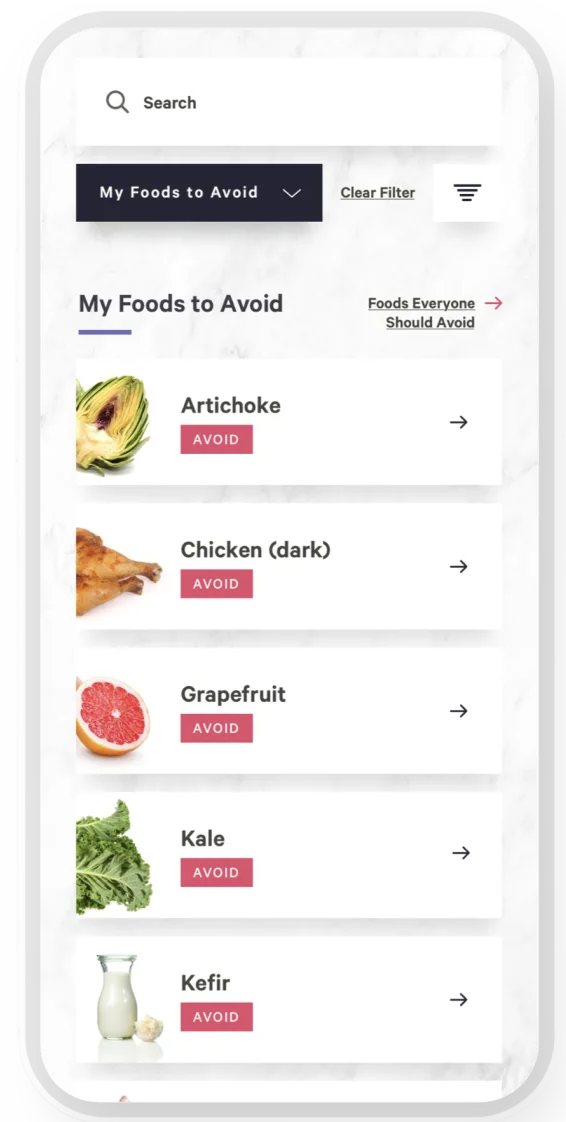 That’s an effort that Viome seeks to build on in its health sciences division. To help lead the division, Viome recently hired Emmanuel Hanon, the former Global Head of Research and Development for GSK’s vaccine group.

Future diagnostics developed by the company’s health sciences division should receive FDA scrutiny before being marketed, though a recent study found limitations in the evaluation of AI-based devices.

In contrast, supplements are not regulated by the FDA. “With many of these platforms you really have to know what’s under the hood — where do they get their information from, and how are they determining their overall recommendations,” said Suskind. “And that is opaque with what Viome is doing.”

The American Gasteroenterological Association recently performed a deep review of scientific studies in the field, and concluded that there is “not enough evidence to support the use of probiotics” for most digestive conditions.

Still, Jain has high hopes for Viome’s technology to treat a range of diseases. “Every day, Viome brings people closer to living in a world where chronic disease and cancers are a thing of the past,” he said in a press release. The company also notes that its technology has the ability to assess which microbial genes are active or inactive and feed that information into its recommendations.

Some researchers are skeptical. The study, released on the preprint service bioRxiv, has yet to be peer reviewed, and relies on self-reported diagnoses and symptoms. In addition, it has no control group.

“Controls? RCT? Nope,” commented Daniel Drucker in a tweet, referring to a randomized clinical trial. Drucker is a professor in the Department of Medicine, Division of Endocrinology and Metabolism at the University of Toronto.

The methodology is “questionable,” said Suskind, who co-founded Nimbal Health last year to provide nutrition and lifestyle advice to people with IBD, along with medical input and quarterly blood and stool tests to assess their condition.

Viome has registered two recent trials with clinicaltrials.gov, a website from the U.S. National Institutes of Health that tracks clinical studies. One study will use a similar survey-based approach to track responses in people with IBD. In the other, Viome will assess the microbiome and other molecular data to correlate its approach with disease flares, as self-reported by people with Axial Spondyloarthritis, an autoimmune condition.

A Viome spokesperson said in an email that it also intends to launch a randomized control trial for mental health, digestive health and immune health.

The field as a whole “is still very much in its infancy,” said Suskind. At the same time, nutrition is increasingly linked to various health conditions, including in his studies of pediatric IBD. Similarly, certain patterns of food intake are linked with microbiome signatures that may show an association with disease.

“I think this is a very interesting and exciting space and I do think there are definite potential implications, down the road,” said Suskind. However, he said, “we are not there in terms of looking at microbiome and making broad recommendation for individuals, as of yet.”